In May of 2020, nursing home residents and workers accounted for one-third of all coronavirus deaths. This sad new reality promptly reminded us of a few immutable truths, namely; that ‘a tomorrow’ is not guaranteed, and that the elderly are particularly subject to this fact of life. Sadly, the coronavirus is not the first or only crisis to descend upon the elderly population in the United States.

Over the past 20 years, another healthcare crisis has been taking place. Insurance carriers have slowly but surely withdrawn their long-term care plans from the health insurance market. This would be less concerning if the United States Federal Government had a universal long-term care program to support our steadily aging population, however the US is one of the only developed nations whose government doesn’t provide long-term care benefits.

Private carriers offering long-term care have declined markedly from over 100 in the year 2000, to less than 12 today. Without a federal alternative, millions of seniors in the United States will be forced to choose between their health or bankruptcy. In fact, 1 of every 6 Americans making the median wage will have long-term care needs that exceed their financial means.

Long-term care refers to support with basic, daily activities like bathing, dressing and eating, or specialized medical support for conditions like Alzheimer’s, Dementia or other chronic conditions. This care is often provided in one of three places: nursing homes, assisted-living facilities or at home.

70% of baby boomers believe the Affordable Care Act covers long-term care, and it did under a provision known as CLASS (Community Living Assistance Services and Supports), but that program was ultimately pulled by the White House before it ever launched for being cost-ineffective. In short, there is no federal long-term care coverage.

Many Americans age 50 and over believe that their employer-provided insurance covers long-term care needs, when in fact it does not.

Many Americans believe that Medicare, Medicaid, or a combination of the two will cover their long-term care needs, however Medicare only covers limited short-term nursing home and home health care service needs for a maximum of 100 days. Medicaid, on the other hand, is the largest source of long-term care funding in the United States, however it requires you to reach $2,000 or less in assets (including your IRA, 401k or other retirement funds).

In 2002, 750,000 Americans signed up for long-term care coverage. In 2018, that number dropped to 57,000. This drop can be attributed to two main causes, the first of which is that the number of carriers, as previously mentioned, has dropped to 12. The second cause is that insurance carriers are denying most applicants due to the ongoing challenge of structuring a profitable long-term care program (a problem that has been going on since the 1970’s). According to the American Association for Long-Term Care Insurance, 44-51.5% of people over 70 who apply for long-term care insurance are now denied. In addition, almost 33% of people ages 60-65 are turned down, as well as 21% of people in their 50’s.

Despite the obvious need for reasonably priced long-term care coverage among the aging American population, the Federal Government has failed to enact any legislation that effectively handles the matter. And although efforts have been made to make private long-term care insurance policies more attractive to consumers, they don’t make the premiums themselves any less expensive.

One of these efforts is the joint federal-state Long Term Care Partnership Program and the Deficit Reduction Act (DRA). The DRA incentivizes consumers to purchase Partnership-qualified private long-term care insurance by giving them a Medicaid asset-disregard. For example, let’s say you own a Partnership-qualified long-term care plan, and you now need long-term care for which your insurance carrier pays $100,000 in claim benefits on your behalf. Medicaid will now allow you to qualify for Medicaid assistance with $102,000 in assets- $100,000 over the minimum Medicaid asset level of $2,000. In short, for every dollar in claim benefits your insurance carrier pays on your behalf, you can have a dollar more in assets above Medicaid’s minimum asset level, allowing you to receive Medicaid benefits without having to spend down to $2,000.

To see if your state participates in the Long Term Care Partnership Program, use the following chart (last updated March 2014 and adapted): 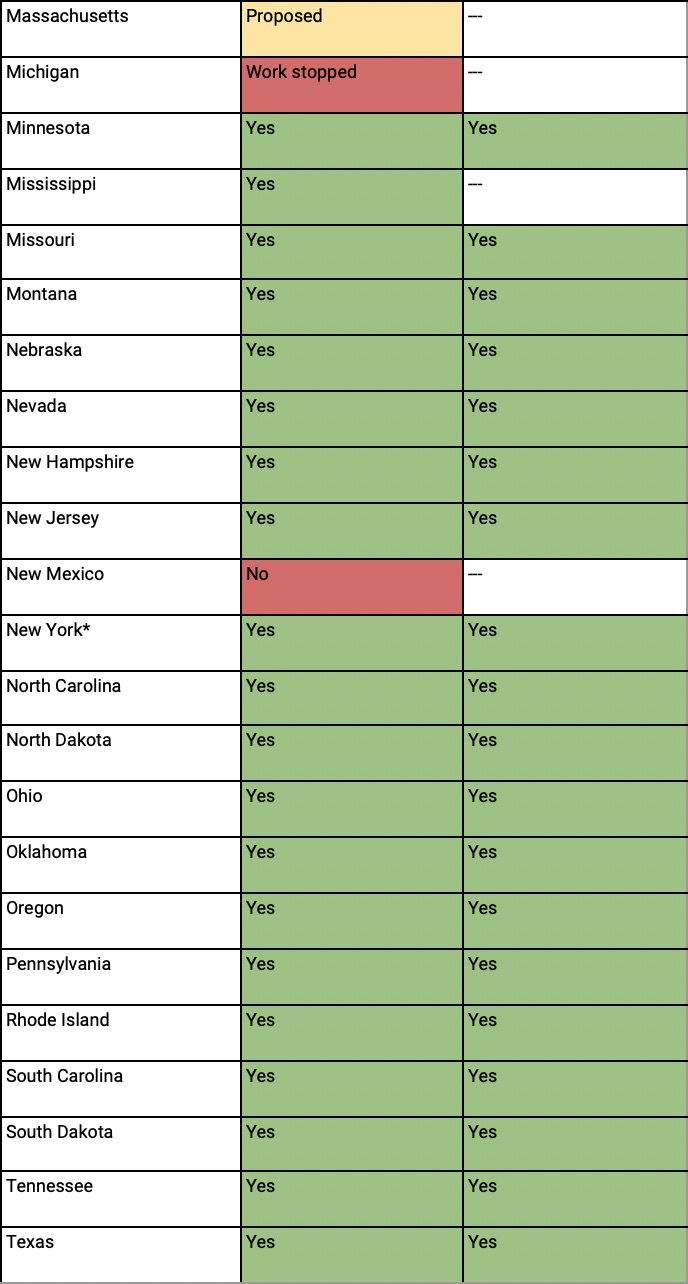 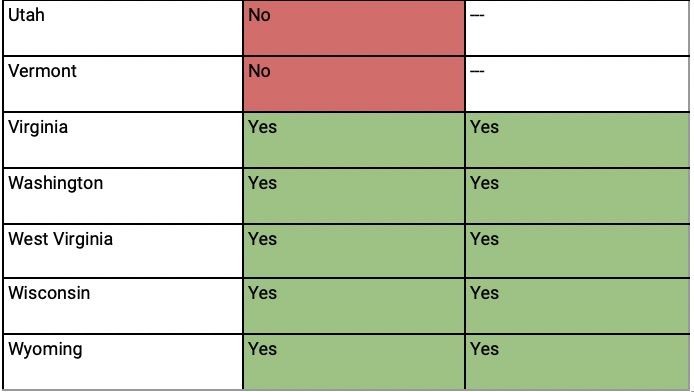 *Since this chart was last updated, New York State will no longer be offering these plans.

Despite the DRAs best intentions to make private long-term care insurance more attractive, it does not make it any less expensive, so it is no more accessible than before. This reality is particularly concerning when we consider the potential for adverse long-term health effects in those who have and are contracting COVID-19. This could mean that in 20-40 years, more people than ever will be relying on Medicaid for long-term care- a reality the Federal Government should plan on. If we don’t pay attention to the numbers, the long-term care crisis will further bankrupt our country and impoverish hard-working middle-income earners.

There are no upcoming events at this time.